Regeneron Pharmaceuticals and Sanofi said that their co-developed eczema drug Dupixent (dupilumab) has met the co-primary endpoints of Part A of a phase 3 trial in patients 12 years and older who have eosinophilic esophagitis (EoE).

The late-stage trial also all the key secondary endpoints.

Dupixent is now the first and only biologic to demonstrate positive and clinically-meaningful results in the patient population as part of a phase 3 trial. An ongoing Part B segment of the phase 3 trial is evaluating an additional dosing regimen for Dupixent.

Part A of the phase 3 trial featured 81 patients, of which 42 were in the Dupixent arm, while the other 39 were put in the placebo group.

The co-primary endpoints evaluated the variation from baseline in the Dysphagia Symptom Questionnaire (DSQ), which is a patient-reported measure of difficulty swallowing, and the proportion of patients reaching peak esophageal intraepithelial eosinophil count of ≤6 eos/hpf, which is a measure of esophageal inflammation, at 24 weeks. 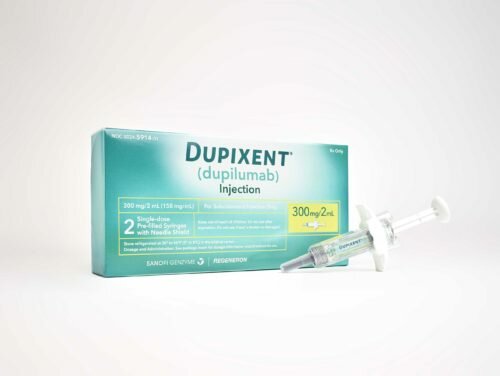 According to Regeneron Pharmaceuticals and Sanofi, 69% of patients subjected to Dupixent 300mg weekly had reduction in disease symptoms compared to 32% for placebo. Disease symptoms were measured by the DSQ scale, where patients saw a 21.92 point improvement with Dupixent, in comparison to a 9.60 point improvement for placebo, on a 0-84 scale, which is the co-primary endpoint.

Also, Dupixent 300mg delivered a 60% reduction in the patients’ esophageal eosinophilic count to a normal range in comparison to 5% for placebo, which is another co-primary endpoint of the phase 3 trial.