Five Prime Therapeutics and Zai Lab have dosed the first patient in a phase 3 study of bemarituzumab (FPA144) in combination with chemotherapy in patients having advanced gastric cancer (GC) or gastroesophageal junction (GEJ) cancer.

Five Prime Therapeutics is a California-based biotech company that has developed the isoform-selective FGF receptor 2b (FGFR2b) antibody bemarituzumab. On the other hand, Zai Lab, a Chinese biopharma company, is taking care of the regulatory and development timeline for the global phase 3 trial of the FGFR2b antibody.

The FIGHT Trial will assess 15 mg/kg of bemarituzumab or placebo subjected to the patients once every two weeks in combination with modified FOLFOX6 (mFOLFOX6) chemotherapy.

The first patient of the bemarituzumab phase 3 study was dosed at an investigative site in China. 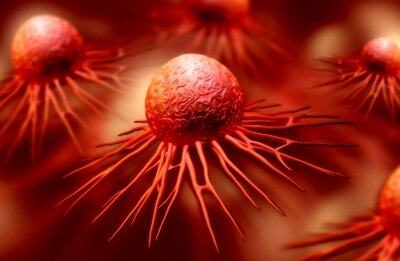 “Gastric cancer is the fifth most common cancer in the world and the second most common in China. There is an urgent need globally, and particularly in China, where we are responsible for both development and commercialization, for more effective and well-tolerated targeted therapies for gastric cancer patients.”

Zai Lab and Five Prime Therapeutics had entered into a partnership under which the Chinese biopharma company will handle the Phase 3 portion of the FIGHT trial in China, where nearly half of the patients in the trial are likely to be enrolled.

Commenting on the phase 3 FIGHT trial of bemarituzumab, Helen Collins – Senior Vice President and Chief Medical Officer of Five Prime, said: “Tumors overexpressing FGFR2b are associated with a poor prognosis, and a targeted therapy that provides improved efficacy when added to standard therapy could transform treatment options for these patients.

“Bemarituzumab has demonstrated encouraging monotherapy activity in the late-line setting, and we hope to provide greater benefit by combining with chemotherapy in the front-line setting.”

A first-in-class FGFR2b antibody, bemarituzumab has been developed as a targeted immune therapy for tumors that over-express FGFR2b.

Currently, they are no other FGFR2b-specific antibodies that have been approved till date. According to Five Prime Therapeutics, as bemarituzumab specifically targets FGFR2b, it does not affect in normal cell processes such as metabolic regulation, phosphate regulation and glucose.

Further, the California-based biotech company, says that bemarituzumab has been designed to prevent tumor growth with two distinct mechanisms. First is that it specifically binds to FGFR2b and inhibits the binding of certain fibroblast growth factors that are behind tumor growth.

Bemarituzumab has also been designed to enable immune-based killing of tumor cells by antibody-dependent cell-mediated cytotoxicity by the recruitment of natural killer cells.

What is meant by Fever : Types of fever, symptoms and causes