The FDA approval of Oxbryta is for the treatment of adults and children, aged 12 years of age and older, who are suffering from the inherited blood disease in which red blood cells are shaped abnormally.

Oxbryta, which is a daily once oral drug, became the first FDA approved treatment that directly prevents sickle hemoglobin polymerization which is the underlying cause of sickle cell disease.

Richard Pazdur – acting director of the Office of Oncologic Diseases in the FDA Center for Drug Evaluation and Research, commenting on Oxbryta FDA approval, said: “Oxbryta is an inhibitor of deoxygenated sickle hemoglobin polymerization, which is the central abnormality in sickle cell disease.

“With Oxbryta, sickle cells are less likely to bind together and form the sickle shape, which can cause low hemoglobin levels due to red blood cell destruction. This therapy provides a new treatment option for patients with this serious and life-threatening condition.” 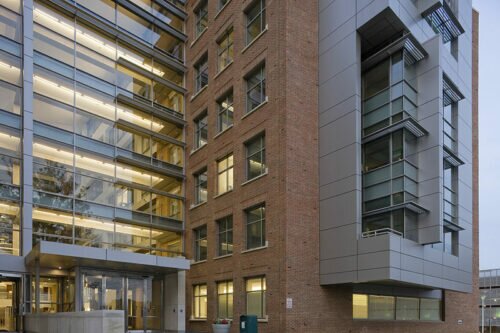 The new sickle cell disease drug is likely to be available through the specialty pharmacy partner network of Global Blood Therapeutics within two weeks.

Global Blood Therapeutics will continue to evaluate Oxbryta in the HOPE-KIDS 2 Study, a post-approval confirmatory study taken up to fulfill the condition of the FDA accelerated approval. The US biopharma company will use transcranial doppler (TCD) flow velocity in the study to be initiated by the year-end with an objective to demonstrate a reduction in stroke risk in children 2 to 15 years of age.

In view of the critical need for new sickle cell disease drugs, Oxbryta was reviewed by the FDA under Priority Review. The drug was earlier given breakthrough therapy, fast track, orphan drug and rare pediatric disease designations for the treatment of the inherited blood disease.

Commenting on Oxbryta FDA approval, Ted W. Love – president and CEO of Global Blood Therapeutics said: “When we started our journey with the SCD community more than eight years ago, we set out to transform the way this devastating, lifelong disease is treated.

“We are proud to bring this breakthrough therapy to the SCD community. Uniquely developed from inception to treat SCD, Oxbryta embodies GBT’s commitment to develop and deliver innovative medicines for patients with overlooked, life-limiting chronic diseases.”

Oxbryta FDA approval has been granted based on clinically meaningful and statistically significant improvements shown in hemoglobin levels, alongside reductions in red blood cell destruction (hemolysis).

Results from the phase 3 HOPE clinical trial of 274 patients, aged 12 years and older with sickle cell disease showed that, after 24 weeks of treatment, 51.1% of patients subjected to Oxbryta achieved a greater than 1 g/dL increase in hemoglobin. This was in comparison with 6.5% who were treated with placebo.