Nefecon phase 3 trial : Calliditas Therapeutics has initiated a phase 3 clinical trial called NEFIGARD to evaluate its lead candidate Nefecon for the treatment of IgA nephropathy (IgAN), which is also known as Berger’s disease.

The Swedish pharma company has enrolled the first patient for the late-stage NEFIGARD trial which will assess the effect of Nefecon in comparison to placebo on proteinuria in patients with the type of kidney disease.

According to MayoClinic, Berger’s disease results when the immunoglobulin A (IgA) antibody lodges in tor kidneys, thereby causing local inflammation. Over a period of time, the presence of IgA could affect the ability of kidneys to filter out wastes from the blood.

Renee Aguiar-Lucander – CEO of Calliditas Therapeutics, commenting on the NEFIGARD trial of Nefecon, said: “As outlined at our IPO, we have a clear strategy to maximize the potential of Nefecon as a disease-modifying treatment for patients suffering from this chronic autoimmune disease. I am very pleased to announce the study start, which is a critical step as we accelerate the development of Nefecon through Phase 3 clinical trials.”

Calliditas Therapeutics plans to randomly group 450 patients in to a nine-month, once-daily, oral treatment with its investigational Berger’s disease drug or placebo at nearly 150 clinical trial sites across 19 countries. 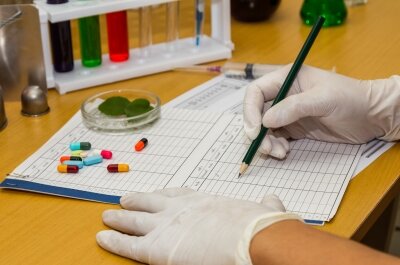 Subject to positive results derived from the first 200 dosed patients, the Swedish pharma company plans to seek regulatory approval with top line data anticipated to come out in H2 2020.

The NEFIGARD clinical trial is being taken up after Calliditas Therapeutics found success from a phase 2b trial of its investigational drug for Berger’s disease in 150 patients.

Commenting on the NEFIGARD trial of Nefecon, Jens Kristensen – Chief Medical Officer of Calliditas Therapeutics, said: “We are pleased to announce the randomization of the first patient in this important phase 3 study. We have previously shown good efficacy and safety of Nefecon in the comprehensive NEFIGAN study, which as of today is the only successful, placebo-controlled Phase 2b study in this indication.

“We expect to see a similar study result of reducing proteinuria and stabilizing the kidney function of patients coupled with the benign safety profile we have seen so far.”

For more updates on the phase 3 NEFIGARD trial of Nefecon in Berger’s disease, keep following Pharma-News-Daily.com.