SIRION was pleased to meet its new neighbors last night when it hosted a Bavarian-themed grand opening event at the Forsyth Institute to meet and mingle with the Cambridge gene therapy scene. 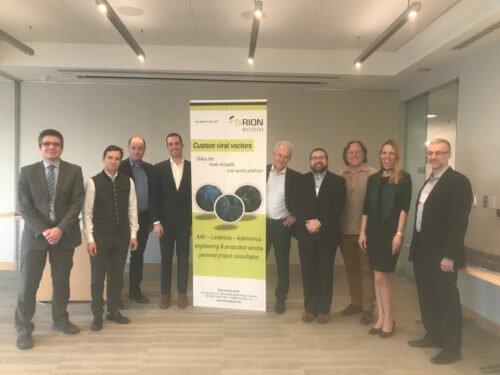 SIRION Biotech celebrated their move to Boston with a Grand Opening Reception at the Forsyth Institute in Cambridge. (Photo: Business Wire)

Gene therapy has seen strong clinical advancement, and SIRION is becoming a partner of choice in this growing sector as demonstrated by recent deals with Denali Therapeutics, Orchard Therapeutics, and an additional, undisclosed alliance with a major public company that is advancing the discipline.

“As transduction and manufacturing efficiencies are critical issues in gene therapy, SIRION’s viral vectors are essential to the success of their partnering companies,” said Dieter Lingelbach, Chief Operating Officer of SIRION Biotech. Dieter continued, “Since two-thirds of SIRION’s revenue already comes from US customers and partners, opening an office in a Life Science hub like Cambridge, Massachusetts further demonstrates our commitment to supporting existing customers and further expanding into the US market.”