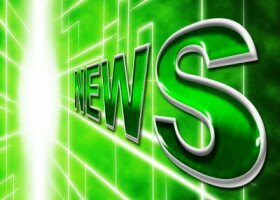 Jeera (Cumin) Cultivation Jeera is a spice that is mostly used in cuisines. Jeera is a flowering plant and is known as cummin seeds. The botanical name of jeera is Cuminum cyminum that belongs to the family Umbelliferae. Jeera consists of the dried ripe fruits for the use in foods. Jeera is cultivated in the […]

Health Benefits of Spices that Doctors Wouldn't Want You to Know

We use many spices in the foods we prepare for good smell and taste. These spices also have many health benefits and each spice has its own special property. By increasing the usage of these spices, you can maintain the health of your family members. So let us look into the interesting health benefits of […]

Chemical Constituents and Uses of Anise

Source and Distribution of Anise: Anise consists of the dried ripe fruits of Pimpinella anisum, belonging to the family Umbelliferae. Its synonyms are anise fruit and aniseed. Aniseed is indigenous to Egypt, Western Asia and Greece. It is cultivated in countries like Russia, Spain, France, Italy, Mexico, Bulgaria and India. In India cultivation is carried […]

Role of Garlic in Controlling Cardiovascular Diseases and Other Uses

Biological Source, Distribution and Synonyms of Spearmint: Spearmint consists of the dried leaves and flowering tops of the plant, Mentha spicate, Mentha cardiaca or Mentha virdis of the family Labiatae. It is known as spearmint leaves, mint, mentha virdis, stotch spearmint and common spearmint. Spearmint is mainly cultivated in North America and Asia. It is […]

Source, Morphology and Distribution of Caraway: Caraway consists of the dried ripe fruits of Carm carvi, belonging to the family Umbelliferae. It is also known as carum and caraway seed. Caraway is indigenous to Central Europe and Holland, where as its cultivation is carried out in Central Asia, Europe and India in North Himalayan region, […]

Biological Source of Cinchona: Other names of Cinchona Bark: Cinchona is a dried bark obtained from the cultivated trees of Cinchona calisaya, Cinchona ledgeriana, Cinchona officinalis, Cinchona succirubra of the family Rubiaceae. Cinchona is called as Jesuit’s bark as this bark was identified and used by the Jesuits for its anti-pyretic property. As it was […]

Morphology and Distribution of Turmeric: Turmeric is a perennial herb which grows to a height of 2-3 feet and consists of the dried as well as fresh rhizomes of the plant, Curcuma longa belonging to the family Zingiberaceae. It has short stem and tufted leaves. Turmeric is known to people by other names like Indian saffron, […]