A research team headed by Hong Kong Baptist University (HKBU) claims to have developed a novel anti-Epstein-Barr virus (EBV) drug for the treatment of nasopharyngeal cancer and other EBV-related cancers.

According to the university, the EBV drug is the first known agent to target the virus successfully and disturb its latency in tumor cells in this manner.

Hong Kong Baptist University said that the reactivation strategy of EBV from its latency is a new trend in nasopharyngeal carcinoma (NPC) therapy, and certain non-specific, anti-viral drugs have moved into phase one or phase two clinical trials recently.

The university said that its new drug represents the first specific targeted agent to disrupt a single viral protein and possibly reactivate EBV from its latency. 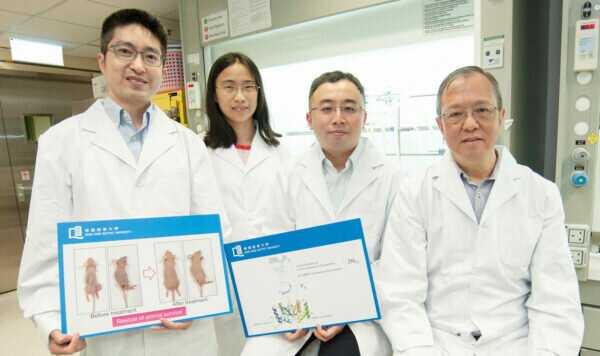 The research team evaluated the new anti-viral drug in an animal model by injecting it into mice having heavy tumor burden of EBV-positive nasopharyngeal tumors. The new drug could restore the body weights of the mice in the treatment arm to healthy levels and it shrank the tumors in 70 days completely, said the Hong Kong Baptist University.

The survival rate also increased to 86% for the treatment group while it was just 6% for the control group which was not subjected to any treatment.

Professor Gary Wong Ka-Leung – Head of the Department of Chemistry at Hong Kong Baptist University said: “This discovery lays a good foundation for the development of therapeutics for the treatment of EBV-associated diseases such as NPC.”

The university said that it has filed patents for the new drug and its previous generation. Based on the patents, the researchers at Hong Kong Baptist University have created a spin-off company from the university called BP InnoMed with startup support from the Technology Start-up Support Scheme for Universities. BP InnoMed will aim to develop the EBV drug further and conduct clinical trials.